The new Deans system will be implemented at the start of the 2022-2023 school year.

Gregory Barton began his career in education at Norfolk Academy, a co-education private school in Norfolk, Virginia. Specializing in upper-level art history and studio art courses, Gregory also drew from his experience as a former college athlete to coach football, basketball, and lacrosse. In addition, he was charged with helping to create and implement Norfolk Academy's Engineering and Design program.

In 2019, Gregory accepted a position at Hellenic American University in Athens, Greece. He served as the Assistant Director of Student Affairs and International Programs. Gregory also contributed as a faculty member of the General Education Program, designing and teaching art and art history courses. Lastly, Gregory established and coached the HAU varsity soccer and basketball teams.

In March of 2021, Gregory transitioned to Long Island University in Brooklyn, New York. As Director of the Promise Program and Associate Dean of Students, Gregory led teams of Success Coaches committed to guiding students through every step of their college experience. In addition, Gregory revamped LIU's developmental skills curriculum and served as an instructor for multiple first-year seminars and career readiness courses.

Currently, Gregory is pursuing his Doctorate in Education from Johns Hopkins University with a specialization in Entrepreneurial Leadership in Education. His dissertation focuses on the benefits of a balanced curriculum of arts, academics, and athletics to build well-rounded citizens and future leaders. After attending The Dalton School for thirteen years, Gregory earned his bachelor's degree in sculpture and art history from Washington and Lee University in Virginia. He later completed his Master's in Historic Preservation at the Savannah College of Art and Design.

Most importantly, Gregory is greatly looking forward to returning to secondary education. Having been a student, teacher, and administrator in an independent private school setting, Gregory knew immediately that Portledge was the right place for him. With a strong emphasis on community and building lasting relationships, it was clear through the interview process that joining Portledge is like joining a family. Gregory cannot wait to get started! 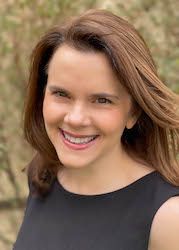 Shelly grew up in a small town in upper Dutchess County, New York, and attended Vassar College as a first-generation college student. This year marks her twenty-first year in education, and she has held many teaching and leadership roles in independent schools during that time. Most recently she’s served as Class Dean for the classes of 2018 and 2022 at The Masters School. Shelly loves being a dean and has had some of the most rewarding professional experiences of her life while supporting students in this role. While at Masters she also taught English Literature, ESL, Health and Wellness, and Ninth Grade Seminar classes, and led and supported many service learning and DEIJB initiatives on campus. She’s deeply committed to social justice work and using restorative, trauma-informed practices in schools, and she believes that relationship building is critical to creating a healthy, vibrant, and thriving community. Shelly sees herself as a servant leader. She firmly believes in the power of humor to build connections, lift morale, and support healing.

She currently lives in Dobbs Ferry with her husband, Chris, two children, Abigail and Gavin, and two dogs, Justice and Keira. She enjoys being outdoors with her family and dogs, has fostered several puppies during the pandemic, likes to crochet, gets excited about boxing (she practices it as a form of exercise, not as a competitive sport), and loves Victorian literature and period dramas.

Shelly fell in love with Portledge during the hiring process, especially
after meeting everyone in person, and she’s thrilled to be joining the
Portledge community. She cannot wait to start forming relationships in the community and collaborating on the exciting new vision for
the Portledge Deans’ office! 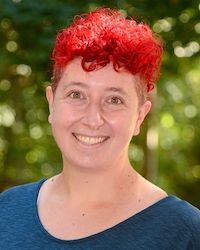 Shoshana has been at Portledge since 2018 in a variety of roles including Assistant Director of College Counseling, Director of Learning and Career Pathways, Scheduling Coordinator, Upper School Advisor, Assistant Middle School Tennis Coach, and even Theory of Knowledge Instructor! She’s looking forward to strengthening her connection to the Portledge community on the newly created team of Upper School Deans. Before coming to Portledge, she worked as an independent college counselor in Manhattan, financial aid counselor at NYU, Assistant Director of Admissions at the University of Chicago, and before that, Admissions Counselor at Trinity University in Texas.

Shoshana and her husband, John, finally moved to Long Island in July of 2021 after living in Brooklyn, Manhattan, and Queens for 10 years. For fun, Shoshana likes running, hiking, reading, tennis, and playing Baby Beluga on the guitar for her 8-month-old daughter, Artemis. She also has 20 years of experience as a swing and blues dancer and will happily take you dancing or talk your ear off about all things blues and swing related.

Shoshana holds a BA from the University of Chicago and an MA from NYU in Higher Education and Student Affairs. 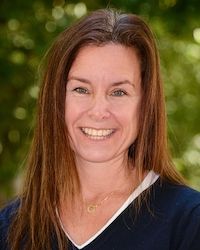 Eden holds an M.A. from New York University in Education, Music, and Marketing as interdisciplines, as well as a B.A. from Tufts University, in Child Studies. Throughout her educational studies, she also obtained educational certificates from Berklee College of Music and The Royal College of Music in London through the London School of Economics.

Prior to entering the educational world, Eden pursued a career as a singer/songwriter, recorded multiple records, and most notably toured with Sarah McLachlan on the Lilith Fair Tour before serving as the Artist & Repertoire Manager for Blue Note Records during the rise of Norah Jones’ career where she won 5 Grammys including Best New Artist and Album of the Year.

One of her greatest career achievements to date, however, is raising her two daughters, Ava and Maya, with her husband, Jed. Ava, a young, prolific writer, is currently studying at Amherst College, majoring in Law, Jurisprudence, and Social Thought. Maya, currently a junior in high school, is academically driven and socially minded as well, but even more obsessed with soccer. She travels throughout the year for the Long Island SUSA FC Premier team and is committed to William & Mary for Women's Soccer. Her husband, Jed, is just the funniest and “best guy in the world” - according to her.

As music and family will always be part of her heart, Eden believes that the relationships she makes with students and the ability to see every individual child and their potential fill it. She is excited to step into this role as a conduit to seeing the success and “Portledge Pride” grow in every student through the pillars of kindness, honor, purpose, and respect.