Welcome to the Upper School 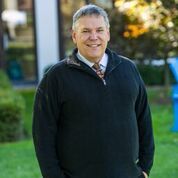 In a TED Talk a scientist wondered at the fact that humans had been staring at the stars in the sky as long as they have been around, yet it wasn’t until 1899 that they posited an accurate theory about the light we were observing. Over the next 40 years that theory would be refined into a fairly satisfactory scientific explanation, yet think of how long humans existed before such a theory was put forward.

One of the many points he was making emphasized our slow progression from mythological explanations to scientific reasoning, and the subsequent rapidity of knowledge and understanding in a relatively short time frame.

It reminds us that we live in extraordinary times of discovery, innovation, creativity, understanding and knowledge. It was also the second TED Talk I had viewed within a week that had referenced our growth in intelligence as a species, as recorded in simple I.Q. points. Whether or not you place much emphasis in I.Q. numbers, the fact that our average intelligence quotient has increased 30 points in the last 100 years is still a fact worth pondering. This is all part of what we refer to as our “rapidly changing world.”

As an educator, I am humbled by the task before me, and I am honored that our parents have partnered with us to educate a generation of young scholars, all of whom have been educated exclusively in the 21st century. They have grown up with computers, have owned cell phones from an early age, communicate in a short-hand that is far more sophisticated than the Pig-Latin used by my parents, and have embraced a digital world rather seamlessly. So how do we tackle the task to educate?

I would like to posit one way against our way and boldly predict that the outdated old way doesn’t hold a candle to our disruptive, innovative practices borne out of technological advance and modern sophistication, but such disingenuous arguments are easily disputed. Education in the 21st century, no matter how we define it, looks significantly different from what most teachers grew up experiencing first hand and then learned about as educators to be. To not change, to not innovate, to not re-think what we do in the classroom is the very definition of obsolescence.

As we look at the daunting amount of content that floods our world we need to understand how to access data rapidly and accurately. We need ways to manipulate, sort, sift, evaluate, question, and synthesize that data. The data is often pre-packaged, labeled, cataloged, classified, and arranged for our absorption, inquiry, investigation, analysis and discussion, and at the same time we are being asked to add to it our insights, our discoveries and our own knowledge of what it means. The Encyclopedia Britannica was one of the most revered references when I was in school, and I was never asked to contribute my corrections, my citations, or my information to that scholarly work. Regardless of your opinion on its flaws or usefulness, Wikipedia is the modern symbol of the knowledge frontier facing our young scholars.

Portledge teachers, young and old, are committed to learning, growth, creativity, knowledge, innovation, and discovery. Advanced Placement courses, once exclusively dedicated to the mastery of content, announce changes each year to how they address the needs of their learners. As Portledge enters the new school year as an accredited International Baccalaureate Diploma Program institution, we embrace another challenging and rigorous approach toward areas and ways of knowing. Recognizing these evolving approaches to learning within a landscape of increasing information, we begin the year fully engaged in the deliberate mapping of our curriculum to understand its scope as well as its gaps.

I look forward to another exciting and challenging school year and invite you to explore our website and the educational community at Portledge.

The Value of Curriculum Mapping

"Skills of critical thinking, creative problem solving, collaboration, and mastery of technology are evident in the lessons and visible in the classrooms. Traditional learning is combined with integrated projects, authentic assessments, and student centered initiatives to prepare students for the challenges both in college and beyond."